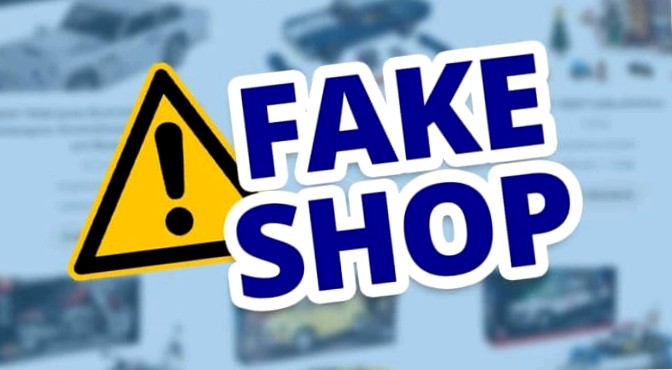 Update (29. January): our article and our message to LEGO has (unfortunately only briefly) borne fruit: the store under the .Com domain has been deleted in the meantime, after the LEGO legal department intervened. Unfortunately, the store (with a new address in the imprint) under the domain spielzeug-schuster.Net cloned – of course, this is also a fake store. We will report this store to LEGO again.

Original post (21. January): in the past few days we have received inquiries on various channels about the store toy cobbler.Com reached, which we will not link here deliberately. LEGO is advertised there at unbelievably good prices, a purchase on account is offered and there is even an imprint with a German address in Munich. the problem is: it is a fake-shop.

For a given occasion, we want to express a warning against a fairly new and unfortunately "well made" fake store that offers LEGO at prices that are unfortunately too good to be true. And we want to explain briefly why the uninvolved store "kunst und spiel" got into the line of fire through no fault of its own.

Some years ago we reported about LEGO fake-shops for the first time and since then we regularly get mails asking if this and that store would also be one of them. In almost all cases we have to answer the questions with "yes", because every day new fake stores are created, which advertise with the LEGO logo and discounts of sometimes over 90%. Mostly in (broken) english and without imprint, so that most of these stores can be identified with the much praised "common sense" quickly as a fraud attempt. Nevertheless, they sometimes challenge people with only little experience in the digital space, which can lead to the inquiries in our inbox.

But the fake store toy cobbler.Com looks different and seems at first glance much more trustworthy. Not only is a classic "german" name used here, but also the texts in the store are not conspicuous in terms of language at first glance, but on the contrary are written in clean german.

The store also offers a imprint together with address and telephone number, a privacy policy and it is even according to information on the site of the buy on account offered. No wonder that more and more people are looking for experiences with spielzeug-schuster or voucher codes for the store and that we recently received inquiries like the following:

Hello people, I have discovered a mega offer, but I’m not sure whether I should strike. They offer purchase on account, there one would be nevertheless on the safe side. What do you say?

The prices in the store are partly only "low", partly however too good to be true. that shipping giants like amazon sometimes release a set with 50% discount (rarely even more), can of course happen, but that large parts of the assortment are partly reduced by 50%, made us suspicious. But what can go wrong with buy on account??

Some examples for the assortment in the fake-shop: some prices still seem halay credible, others are too good to be true.

This is what happens when you order "on account"

However, if you try to buy on account, you will already be informed about a "credit check" when selecting the payment method, which in 100% of the cases (who would have expected it) turns out to be negative. Afterwards one is asked to transfer the amount to "KALNINS GBR" to an account with an Irish IBAN. A payment by paypal is not offered.

Unfortunately, we couldn’t find anything about the existence of a "KALNINS GBR" (the name is probably just made up), but the IBAN belongs to an account at the rather dubious "PFS card services ireland limited", where probably simply a prepaid credit card is deposited, from which the incoming money can be quickly debited again.

On the trail of the store

But what about the address and phone number?? After all there is an imprint!

Disillusionment comes quickly: a call to the stored telephone number immediately lands in the void. However, it becomes interesting with the address, because it actually belongs to a real existing (and serious) toy shop!) spielzeugladen: art and play in the leopoldstrabe 48 in 80802 munich. The phone number is also similar, only the last digit does not match.

We have contacted kunst und spiel (which, by the way, does not sell LEGO, but rather wooden toys in the sense of Waldorf pedagogy), where the extent of the problem with the fakeshop was confirmed to us:

The fake store spielzeug-schuster.Com has the address and "identity" of kunstundspiel.De stolen, to be able to offer a valid address in the own imprint. At kunst und spiel they currently receive several calls a day from disappointed customers and have probably already informed the police, who, according to their own statements, unfortunately can’t do much about it.

By the way, the fake store has nothing to do with the traditional toy store "spielwaren schuster" in duren, which has unfortunately been closed since march 2021, only the name resembles it.

Our own research on the domain spielzeug-schuster.Com also quickly lead to a dead end: the domain is registered at a asian registrar rented and with cloudflare and one whois-protection provided, which makes it impossible to identify the real owners without further ado. At first glance, the store’s source code does not reveal any information about the operator either. The good orthography on the entire page, however, suggests an operator with a good knowledge of german.

We remain at this point therefore with a warning against the store spielzeug-schuster.Com. Please do not order there, because your money will probably be irretrievably lost. But also in general: if LEGO prices seem to be too good to be true, all alarm bells should be ringing! Our list of fake LEGO stores in our somewhat outdated article is no longer up to date, but with so many stores popping up all the time, that’s not feasible.

at least as important for us is the information that the operators of the real wooden toy store "kunst und spiel" have nothing to do with it. So if you should be at spielzeug-schuster.Com have bought something, please contact the police directly.

We have informed LEGO Germany about the problem. We keep our fingers crossed that the store will not be online for long and we hope of course that everyone who is looking for "spielzeug schuster erfahrungen" or even "spielzeug schuster gutschein" will read this article and will be discouraged from placing an order.

Have you ever fallen for such a fake store?? Even if it is not easy to admit, we would be very happy to hear about your experiences in the comments, but you can also send us an anonymous message via the contact form. And should you even have already ordered from the mentioned store, we would also be happy about your feedback.

As always, the comments are open and we invite your discussion!