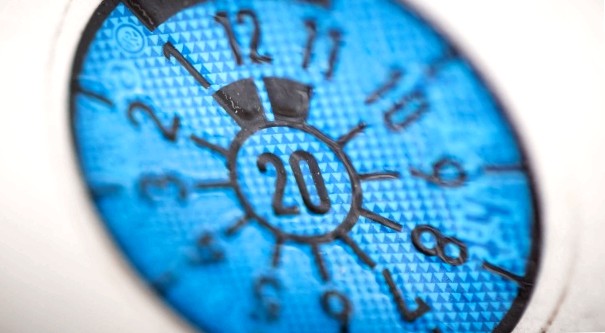 The inspection sticker – also known as the TuV sticker – is always affixed to the rear license plate of the car and looks quite similar to the dial on a large wristwatch. With one difference – the digits run counterclockwise, i.e. to the left. The design is chosen so that representatives of the regulatory authorities can easily recognize, even from a distance, when the vehicle is due for the MOT.

TuV sticker: reading the year and month of the due date

The year in which the HU is due can be read from the two digits printed in the middle of the sticker. Example: a 21 in the inner circle means that the next inspection date for the main inspection is due in 2021.

TuV badge: what the colors mean

The color of the sticker also indicates when the next TuV inspection is due. The color sequence blue, yellow, brown, pink, green, orange repeats itself every six years. In 2020, for example, vehicles with a blue sticker were tested, and in 2021 it is the turn of cars with a yellow sticker. As soon as the next year begins, the previous color loses its validity.

reading the tuV sticker: an example

TuV-plakette: whoever drives with a blue sticker has to go to the HU in 2020 in the month indicated – the driver of this car in december. (source: alexander heinl/dpa/tmn)

In the example of this blue sticker, the 12 and the black markings are at the very top. So the car had to go to the main inspection in december 2020. 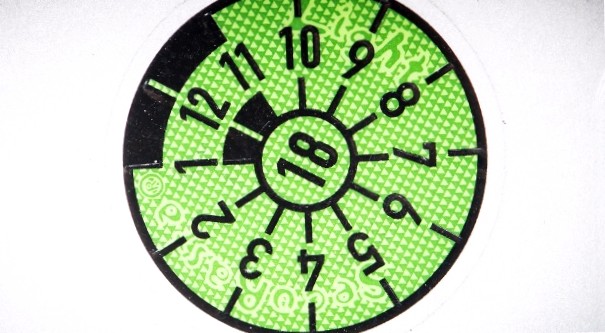 Expired MOT sticker: the green sticker was only valid in 2018. (source: alexander heinl/dpa-tmn)

A better way to describe it is this green badge from 2018. Here, the number 10 is at the top, the black marker is in the 10 o’clock position of a dial. So the car had to go to the general inspection in october 2018.

For the due month of march, the number three would be at the top. The black marker would point to three o’clock. This is recognizable even when driving fast behind on the highway. Drivers can also easily tell from the sticker when the test date is approaching. However, a look in the vehicle registration document or in the registration certificate would be sufficient.

You should not drive with an expired sticker for longer than two months, otherwise you will be fined.

Those who are more than two months late also pay 20 percent more for the HU – due to a larger scope of testing. In the event of an accident, the insurance company could also assume a breach of the duty of care if the car had defects and is in arrears with the main inspection.

Quiz: are you a license plate expert??

Can you buy a TuV badge?

Drivers can only obtain a valid TuV sticker for their vehicle if it is classified as roadworthy at the main inspection. As a rule, you have one month to remedy any deficiencies found. For the so-called re-examination, you should bring the inspection report as well as the vehicle registration certificate and certificates for all modifications.