natural gas is not only used for cooking, heating homes and generating electricity. With natural gas you can also refuel a car. In addition, natural gas as a fuel is much cheaper and more environmentally friendly than petroleum products. 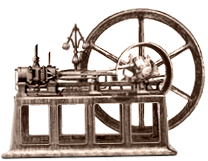 philippe lebon was one of the first to propose the use of gaseous fuels. in 1801, he obtained a patent for a device in which gas and air were compressed by separate compressors and mixed in a special chamber. in 1860, french inventor etienne lenoir developed the first gas internal combustion engine suitable for practical use. the gas-air mixture in this engine was ignited by electric sparking.

the prototype of the first car – a self-propelled vehicle with an internal combustion engine developed by etienne lenoir in 1860 – ran on gas. in 1894, the german city of dessau used natural gas as a fuel for its railroad. However, gas-powered transport vehicles found their way to the market in the 19th century. century no great diffusion.

What kind of gas to refuel a car with?

Different types of liquid gas are used as fuel for vehicles: methane (natural gas), propane, butane and their mixtures (so-called hydrocarbon gases). Methane is used in compressed form in the process. this article deals exclusively with natural gas as an engine fuel. To obtain compressed gas, methane is compressed using a compressor.

To produce compressed natural gas (CNG), a compressor is used to reduce the gas volume by a factor of 200 to 250.

To produce liquefied natural gas (LNG), the natural gas must be cooled to a temperature of 161.5°C. In the process, the gas volume is reduced by 600 times.

Why natural gas is considered an environmentally friendly fuel?

On average, cars powered by natural gas produce 80 percent less pollution than vehicles with a gasoline engine. Since motor vehicles are one of the biggest polluters, especially in large cities, switching cars and buses to natural gas improves air quality and thus helps to improve the ecology of cities.

How to save by refueling a car with methane?

Nowadays methane in russia costs about. 25 cents per cubic meter (equivalent to one liter of gasoline). It is two-thirds cheaper than gasoline, and natural gas is more economical to use. It is particularly advantageous to use natural gas as a fuel for local public transportation that covers long distances every day. For example, if you convert 100 buses from conventional fuels to methane, due to the difference in the price of fuels, you can save 700.save € 000.

Moreover, methane does not contain any foreign substances, so no deposits form in the fuel system during combustion. A gas engine is more durable and efficient.

Natural gas is the safest fuel available at this time. In the event of a spill or accident, methane does not accumulate in cavities and does not form a flammable mixture of its vapors with the air. Because the gas is lighter than air, it evaporates immediately. Therefore, its leakage does not represent an immediate danger.

The gas cylinders and tanks in which methane is stored have very thick and solid walls. During the production process, they are checked several times to ensure that the containers can withstand the gas pressure.

Virtually all major automobile manufacturers now build vehicles with methane engines whether volvo, audi, chevrolet, daimler-benz, iveco, MAN, opel, peugeot, citroen, scania, fiat, volkswagen, ford, honda or, toyota, all leading international car companies now offer cars that can be fueled by compressed natural gas driving. These vehicles are in no way inferior to traditional gasoline-powered cars and enjoy great popularity among car owners. At present, there are more than 17 million cars worldwide that run on methane, and the trend is still upward.

Natural gas easily enters the chemical combustion reaction. Therefore, it is mostly used to generate energy – electrical and thermal energy. However, its base can also be used to produce fertilizers, fuels, paints and many other products.