Gewobag is a company that is increasingly transforming itself from a traditional housing company to an integrated service provider. We always have our customers in focus. the development of new products and services related to housing is playing an increasingly important role. We already offer our tenants energy and heat from a single source through our own energy subsidiary, gewoabg ED. The development of further core business areas to expand our range of services and benefit our tenants is part of our strategy.

We are a reliable, trustworthy, and fair partner for our tenants, our business partners, and the city of berlin. As a dynamic and forward-looking company, we act in line with needs and offer solutions for changing life situations. We are interested in joint ventures and partnerships with companies that want to work with us to advance the development of the city of berlin and our neighborhoods

Our business development team identifies new and innovative business areas and develops new products and services from the initial idea to implementation. To this end, we take up impulses from customers and partners and develop them further for the best possible benefit of our tenants. The needs of our customers and the future viability of our products are both the starting point and the goal of the project. 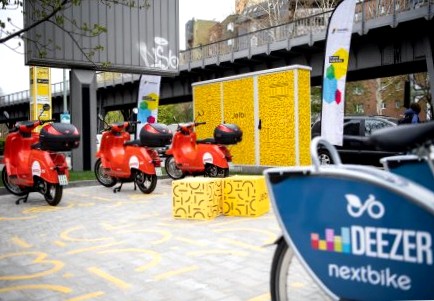 The diversity of our city is also reflected in the mobility of Berliners. Multimodal transport offers are increasingly changing the habits of getting around. public transport ridership is increasing, as is the number of cyclists. A wide variety of sharing services – from scooters to cargo bikes to cars – are being made available in increasing numbers. as good alternatives develop, owning a car becomes less important. gewobag supports this positive development of sustainable and space-efficient urban development by developing its own innovative mobility concepts for tenants.

To develop new and innovative mobility services, we are constantly on the lookout for interesting partners in the fields of parking, charging, and sharing. We offer a wide range of opportunities for cooperation with both startups and established companies. We welcome your ideas and offers.

Mobility hubs
Together with BVG, we are developing and implementing mobility hubs in our portfolio. These are places where we offer added value for the tenants in our neighborhoods through sharing services (car, scooter, bike sharing), but also through other services (charging infrastructure, parcel stations). In this way, we improve the service for our tenants and at the same time make a valuable contribution to sustainable urban development.

In april 2019, berlin’s first jelbi station already opened on one of our sites in kreuzberg. Further hubs will soon follow at the jakob-kaiser-platz subway station and at the landsberger allee/petersburger strabe streetcar junction.

MEISTER
gewobag is a Berlin project partner in the EU-funded MEISTER project. In this project from the horizon 2020 research and innovation program, new mobility solutions and services are being developed to simplify electromobility and make the energy supply to vehicles intelligent. Our waterkant project development serves as a laboratory area for this purpose.

Move urban
gewobag is a berlin project partner in the move urban research project of the federal ministry of education and research (BMBF). The aim of the project is to develop, systematize and communicate options for planning and implementing space-efficient development and mobility concepts. The WATERKANT acts as a laboratory area in this context.

USER-CHI
USER-CHI is a project of the EU research and innovation program horizon 2020.
The aim of the project is to strengthen electromobility, climate protection and the development of user-oriented charging and parking solutions.
In addition to berlin, other european cities (barcelona, budapest, rome, turku, florence, and murcia) are also developing
city-specific digital applications designed and tested to strengthen electromobility. USER-CHI ties in directly with the MEISTER project and runs until 2024. 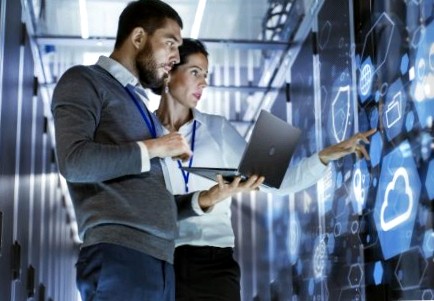 As one of the largest and most progressive housing companies in germany, we are working hard to develop and integrate additional services and communication channels that can be offered through digital channels. As a result, we hope to add value for our tenants and improve communication and management processes. For example, we are currently investigating the potential of smart home solutions and are planning to develop a digital marketplace for our tenants.

We are open to new partnerships with startups and already established companies for the successful development and implementation of digital models. We are also generally open to cooperations with universities. 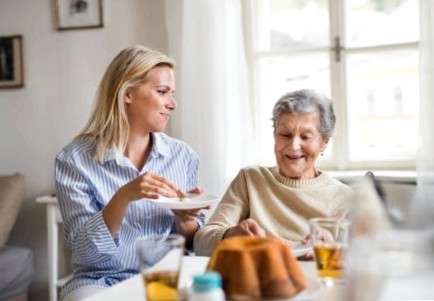 Our tenants and their satisfaction are always the focus of our actions. To enable them to live independently in their familiar surroundings in old age, we want to work with partners to develop concepts in the area of care services.

Already existing concepts such as the classic senior living or our residential!active house in zobelitz street will be supplemented in the future with other offers. We are currently working on concepts for day care and outpatient care in people’s own homes.

In order to develop further offers for our tenants, we are interested in cooperating with outpatient care service providers who fit in with the values and statutes of our company. We are also interested in innovations relating to age-appropriate living, z.B. In products from the field of ambient assisted living (AAL). We look forward to hearing from you.

Parcel volumes are steadily increasing. due to the growing ecommerce sector this trend will continue in the coming years. In line with the trend, we are investigating the topic of storage and parcel stations in order to offer our tenants additional services in this area as well. As part of a pilot project, we equipped the new construction of student accommodation at amrumer strabe 16 and 36 with combined letter and parcel boxes. We are looking for entrepreneurial and innovative contacts for a possible roll-out of parcel box systems in existing vehicles.

The theme of living offers various starting points for new services, products and services. We are constantly on the lookout for new ideas, partners and suggestions.