T he nissan teatro for dayz is a car for people who like it colorful and varied. Like a smartphone, the electric small car can be customized with digital technology: inside, there are almost a dozen beamers that project any imaginable decoration onto the white seats and consoles: one second you’re in a colorful flower meadow, the next you’re diving into an aquarium or escaping into a comic world.

"you can even send short messages from one teatro to another," says nissan designer saturo tei, who completed the car for the tokyo motor show. "they then appear as ticker tape in the luminous strips on the car body."

Nissan is not the only Japanese manufacturer to come back with new ideas. The island nation’s entire automotive industry appears to be rebounding after years of economic stagnation left the entire country in a kind of shock paralysis. The low-priced mass-produced goods are now being supplied by the Koreans, but the groundbreaking innovations are coming from silicon valley.

In addition, a whole series of new challenges could make the car obsolete and threaten the very existence of the industry: the finite nature of fossil fuels, the urbanization of the world, the disinterest of young people and the aging of society. But where other car nations still ask questions, the japanese provide answers.

Toyota boss akiyo toyada speaks of a reincarnation. "now that we are stronger again, we have to do even more for our rebirth," he said at a recent press conference. Toyoda is too polite for provocative slogans and grandiloquent speeches, but when he appears in public these days, he does so with a broad chest.

In the first nine months of the year, the company founded by his grandfather sold more vehicles than VW and thus regained its position as the world’s largest car manufacturer. toyota also receives praise and recognition in all time zones for engineering achievements such as the hybrid drive of the prius and the fuel cell of the mirai.

Hybrid is a mass phenomenon in japan

The surge in innovation is no coincidence. the fukushima reactor disaster has dramatically demonstrated to the japanese the urgency of the energy transition. And what we can expect in the megacities of tomorrow can already be seen in tokyo today: four times as many people live in an area smaller than paris as in the French capital.

Demographic change is already omnipresent on the streets of the metropolis. Nowhere do you see so many old people who can no longer drive a car, and nowhere so many young people who don’t want to start in the first place. "our youth is losing the desire to drive," says nissan designer satoru tei.

There are still full-throttle fans who, like in the hollywood movie "the fast& the furious: tokyo drift" racing wildly tuned sports cars along the beltway around the capital at night. But most young people prefer to occupy themselves with their smartphones. If you can get around faster on a driverless subway than on an eight-lane expressway on one of four levels, there’s little reason to be interested in a new car either. 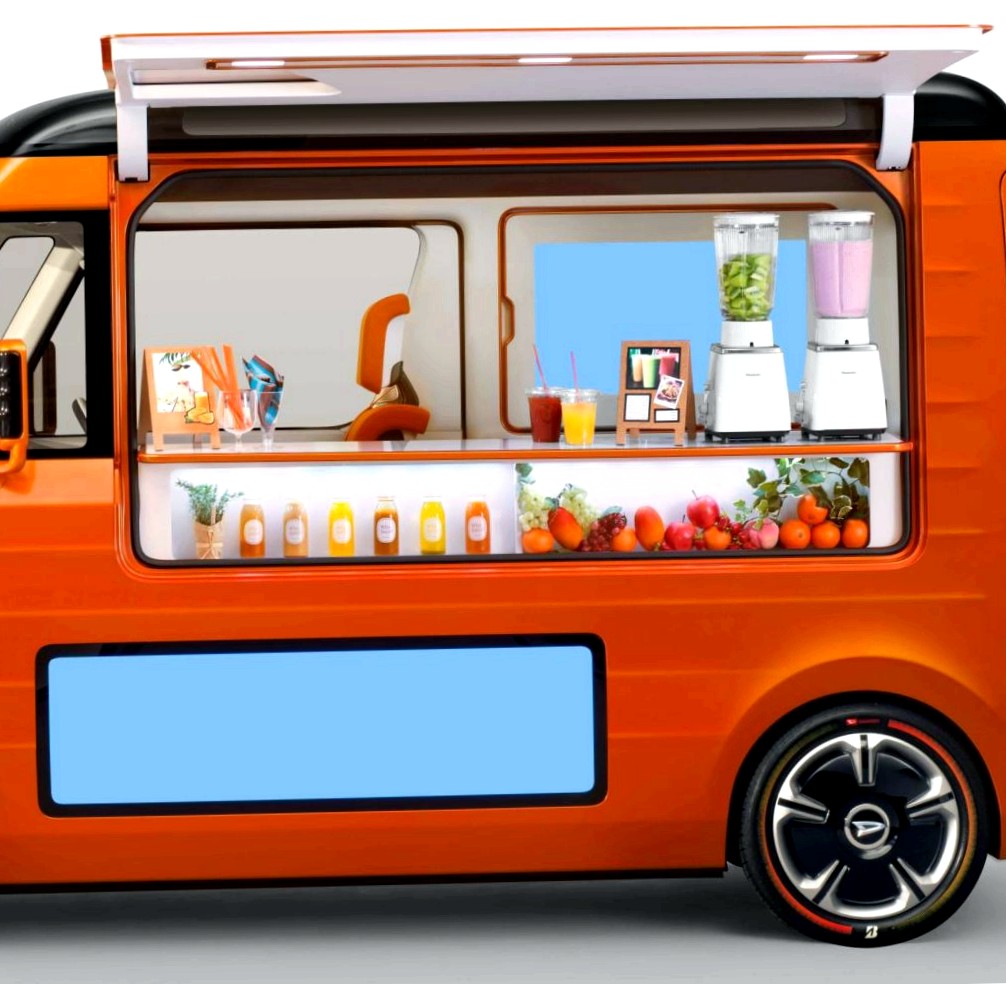 The Japanese engineers’ priority for the time being is the further development of alternative drive systems. The new toyota prius may not be a beauty, the plug-in version is still only available as a small series, and in europe the hybrid will only be available with an antiquated nickel metal hydride battery. And yet the model stands for an incredible success story.

"we now have over eight million cars on the road," says toyota chief engineer koji toyoshima, "and 30 different hybrid-powered models on the grid."in tokyo, no one doubts that the prius will shoot to the top of the registration statistics when it goes on sale in december.

While the hybrid has long been a mass phenomenon in Japan, the electric vehicle is also losing its exotic status: it’s not tesla that builds the most battery-powered cars in the world, but nissan. If you drive the Leaf through tokyo or yokohama, you’ll see more charging stations on the navigation map than ATMs.

"there’s no way around the fuel cell"

And now the next revolution is about to start: "we are on the way to the hydrogen age," says yoshikazu tanaka, who developed the mirai for toyota and wants to launch the fuel cell in a big way, a kind of mini-reactor that generates electricity from hydrogen and emits only water vapor as exhaust gas.

The fact that honda is already hot on his heels with the recently unveiled clarity does not bother him. Tanaka is happy to have everyone on board: that’s the only way to give the technology the momentum it needs to build a nationwide infrastructure, for instance.

The cars themselves will not be the only thing to go wrong. A test drive with the clarity shows that – even if the design is an imposition, just like the mirai. The handling is like that of an electric car. The limousine is said to travel up to 700 kilometers and can be refueled in three minutes. The hydrogen tanks mounted behind the rear seat are as large and bulky as gasoline drums.

The fact that the journey into the hydrogen age will probably still take some time is shown by two figures that honda boss takahiro hachigo rather meekly adds: similar to the toyota mirai, the clarity will cost the equivalent of just under 60.000 euros, and in the first year honda plans to build no more than 200 cars. Nevertheless, hachigo is convinced that "this will lay the foundation for the commercialization of fuel cell vehicles."

In the long term, there’s no way around the fuel cell anyway, says toyota’s tanaka: maybe it will last another 30, 50 or even 100 years – but one day we’ll run out of oil, and we’ll need a new fuel. Maybe we won’t even need cars anymore.

until then, men like satoru tei will ensure that new cars continue to be bought in japan. At nissan, the designer is responsible for the so-called kei cars, the driving hatboxes that enjoy tax breaks in their home country and dominate the market with a 40 percent share of sales.

These cars are available only in japan, so tei does not have to take into account the tastes of americans and europeans. Instead, it lures domestic customers with what they love: comic book characters, bright colors and screens everywhere you look. On the road, the tiny cars often look like they’ve slipped out of a toy store.

"it’s probably in our genes," says tei. "in japan, we have the wildest comic culture in the world."this is rubbing off on all areas of life: "the japanese decorate their cell phones more imaginatively, they dress more extravagantly – and they like colorful cars."

models like the teatro for dayz with its projection surfaces give you the opportunity to break through uniformity and somehow feel individual even among nine million neighbors.

Drivers in leipzig or los angeles may sneer at such gimmicks, but experts rave about the designs from japan. Studies from europe have become unimaginative and boring, grumbles cologne design critic paolo tumminelli. "the japanese allow themselves much more freedom and are not so caught up in their own brand and design myths."

lutz fugener, design professor at the university of applied sciences in pforzheim, also believes that "socialization with the omnipresent mangas, great trust in technology and a historically developed understanding of the relationship between nature and artifice" is a mixture that "pleasantly stands out from the worldwide uniformity of consumer products.

While tei takes care of the next generation, honda boss hachigo tackles the aging of japanese society with mobility concepts that go beyond cars. life expectancy in its country is the highest in the world.

For every 100 people of working age, there are 42 who are over 65; ten million japanese have reached their 80th birthday. centenary is already behind us, and nowhere else are there so many centenarians.

So it’s not just a gimmick that honda has been touring the shows for years with a robot called asimo. The little computer boy serves as a moving test object, from which honda has already derived, among other things, electrically powered leg braces for frail pedestrians.

As funny as the electric office stools that are whirring across the stands at the motor show in tokyo may look, their background is serious: just like the "wander stand" study, a two-seater with an electric drive, they are mobility aids for people who can hardly move under their own power anymore.

Even the manufacturer daihatsu, which withdrew from the european market two years ago, is devoting more attention to the needs of older people and is presenting a barrier-free microbus with its noriori study. The daihatsu hinata, on the other hand, has a bench seat that can be turned completely to the side to make getting in easier.

It seems that Japanese carmakers have returned to the tradition of the monozukuri. "that’s what we call striving to think ahead and invent new things," says akiyo toyoda. He admits it won’t be easy or comfortable. "but if we don’t leave the comfort zone, we’ll never find the way to the future."