"..accident car, yes / no ?"at the latest with the sale of a vehicle exactly this question comes up. Because in the contract of sale is usually asked for exactly. The answer to this question has a great influence on the selling price. There are two different views on this:

Okay, so far so good – but what is a relevant accidental damage of an?

This question was answered, among other things, in a judgement of 10.10.2007 (VII ZR 330/06) clarified by the federal court of justice (BGH). Accordingly, potential buyers must be informed of any accidental damage that may occur via a "minor damage" go out. According to the opinion of the BGH, minor damage is "whole minor, external (paint) damage" on the vehicle. minor damages are therefore not subject to notification. The buyer of a used car must therefore expect such damages and these must be accept.

Is the accidental damage to the vehicle therefore unusual nature, the car will classified as an accident vehicle. According to the definition of the Federal Court of Justice (BGH), an accidental damage that is subject to notification already exists if it is sheet metal damage damage has occurred to the vehicle – no matter how small this may have been. Here, it is not important whether the damage is professional have been repaired or not. They apply according to § 434 of the BGB in any case as a material defect, which must be reported and, if necessary, a depreciation can cause. 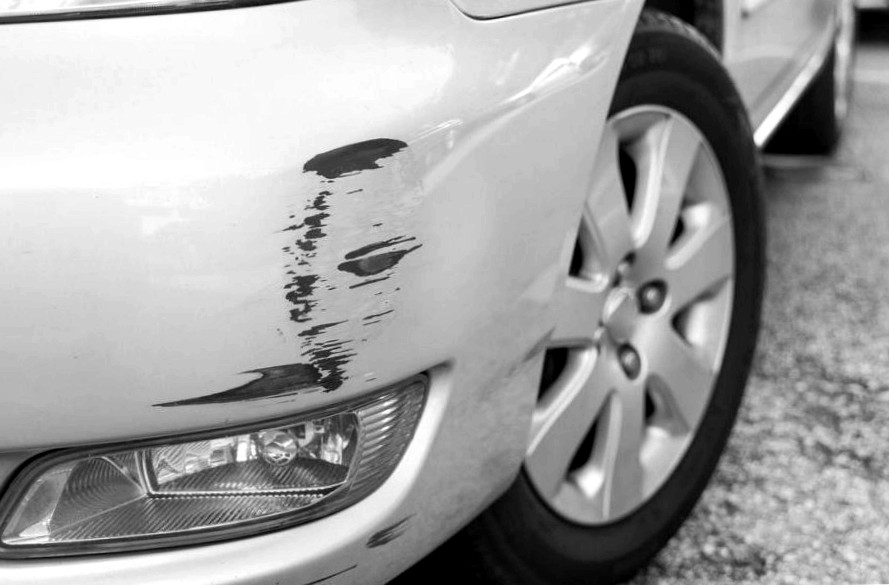 The ruling of the Federal Court of Justice (BGH) serves as a guideline for assessing when a vehicle is classified as an accident vehicle. the legal basis for the definition of accidental damage is the § 434 of the BGB on the subject of "material defect. According to § 434 paragraph 1 sentence 2 number 2 BGB is a product then free of material defects, if you decide for the "ordinary use is suitable" and a "condition has", which in the case of comparable goods was usual applies.

Accident damage – or only minor damage after all?

Between a minor damage and a reportable accidental damage lies a very narrow grat. In the case of a sale, one should therefore meticulously consider whether to conceal an accident or not. The designation accident car or accident vehicle has an immense influence on the price of the vehicle for sale. Also the price negotiations can be very difficult in such a case. the title of an accident damaged vehicle forces the seller to sell his vehicle at a far lower price must be offered as a comparable model without a dark past. For this reason, the seller can accept the amount that reduces the value of his car after accidental damage as having been compensation demand from the causer. Such a reduction in value is referred to as appreciable diminished value denotes.

Whether it is an accident car or not, can usually only be determined by a experts to be answered. This person should be familiar with the sale of used cars and thus also be able to assess whether it is only a minor damage or a reportable accident damage. Accidental damages are damages caused by external forces on the vehicle. However, used vehicles that are not sold under the accident car designation can also have damage show. These damages occur due to wear and tear on and are attributable to the life cycle of a vehicle. Such damage may include broken wishbones, Defective bearings, rusted-through exhaust systems, broken lights or paint damage by rust and stone impacts its.

Will intentionally concealed or neglected to declare an accident vehicle as such, the buyer has the option to withdraw from the purchase even after signing a sales contract, even if a warranty exclusion is included in the contract. If it is subsequently established that the vehicle was involved in an accident, the purchaser can be reimbursed by the contract withdrawal and compensation demand from the seller. Another option is for the seller to display the vehicle in the exchange against the purchase price must be taken back again. Was an accident damage deliberately concealed one even has to deal with a criminal prosecution for fraud count.

To summarize, the accident car:

PS: had an accident? Which deadlines apply for reporting that can be found in our article "insurance when to inform about a damage?" read more.