Autoimmune diseases, in which the body’s own defenses attack healthy tissue, can be life-threatening and affect all organs. A research team at the technical university of munich (TUM) has now identified a possible cause of these self-destructive attacks by the immune system: an overactive RANK protein on the surface of B cells, which is also associated with chronic lymphocytic leukemia. research opens up new possibilities for therapy. 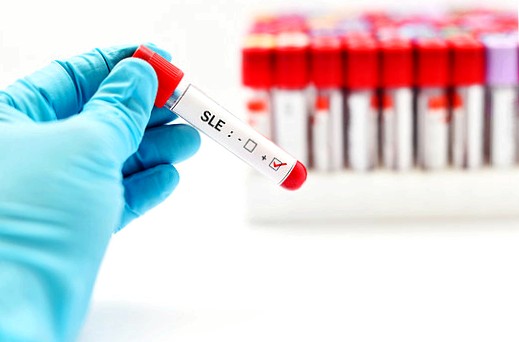 The immune system is a double-edged sword: it normally protects the organism most efficiently against bacteria, viruses or fungal infections. But the immune cells can also target the body’s own tissues and trigger autoimmune diseases. These include rheumatoid arthritis or lupus erythematosus, a disease associated with chronic inflammation of the skin, joints, nervous system and internal organs. But what is the cause of these destructive immune attacks??

"the question has not been definitively clarified to date," answers prof. Jurgen ruland, director of the institute of clinical chemistry and pathobiochemistry at TUM. "a key role in regulating the immune response is played by so-called B cells, a subgroup of white blood cells that are formed in the bone marrow. During a normal immune response, activated B-cells produce antibodies directed against foreign substances. Faulty activation can lead to the formation of antibodies that are directed against one’s own body, thereby triggering an autoimmune disease. the activity of B cells is controlled by various signals, not all of which we have yet understood," emphasizes the immunologist and physician, who was awarded the leibniz prize 2021 of the german research community.

Together with his team, he has now identified a crucial signal that influences the activity of B cells: "the goal of our research was to characterize possible pathological roles of a protein that is located on the surface of B cells. This receptor, the receptor activator of NF-κb, or RANK for short, is increasingly active in patients with lupus erythematosus. We wanted to find out whether hyperactive RANK receptors are actually the triggers of this disease."

In the cell, the RANK receptors function like switches: when activated by signal molecules, they generate a signal in the cell. One such signal molecule is RANKL, short for receptor activator of NF-κb ligand.

To find out what effects hyperactive RANK receptors have, the team compared healthy mice and transgenic animals with modified RANK receptors in the laboratory. After just a few weeks, a large proportion of the mice with genetically modified receptors developed lupus erythematosus, while the animals in the comparison group remained healthy. This proved that this autoimmune disease can be triggered by a dysregulation of RANK signaling.

And that was not all: the transgenic mice that survived lupus erythematosus developed chronic lymphocytic leukemia, or CLL for short, after about a year. "this result was a surprise for us, because it shows that activated RANK proteins are also partly responsible for the degeneration of B cells into lymph node cancer," says maike buchner, CLL specialist and junior scientist at the institute of clinical chemistry and pathobiochemistry at the tUM’s Klinikum rechts der isar.

the new research results should help to treat autoimmune diseases and lymphocytic leukemias in the future: therapeutic antibodies that block the interaction of RANK receptors and RANKL ligands were originally developed and used to treat osteoporosis: here, the goal is to counteract the degradation of bone tissue, which is also triggered by hyperactive RANK receptors. With these blocking antibodies, scientists were able to successfully treat mice suffering from chronic lymphocytic leukemia. "future clinical studies will have to show whether this therapy is also suitable for humans," emphasizes ruland.

Further information:
the research work was carried out at the institute of clinical chemistry and pathobiochemistry, clinical center rechts der isar of the technical university of munich and at translatum, center for translational cancer research of TUM. The TUM Institute of Pathology, the German Consortium for Translational Cancer Research (DKTK) in Heidelberg, the Institute of General Pathology at the University of Mainz, the Clinic for Medical Oncology and Hematology in Zurich and the German Center for Infection Research (DZIF) in Munich were involved in the study. the work was supported by the german research community (SFB 1054/B01, SFB1335/P01, P02), the german cancer aid (max-eder junior research group) and by the horizon 2020 research program of the eu (grantagreement no. 834154).