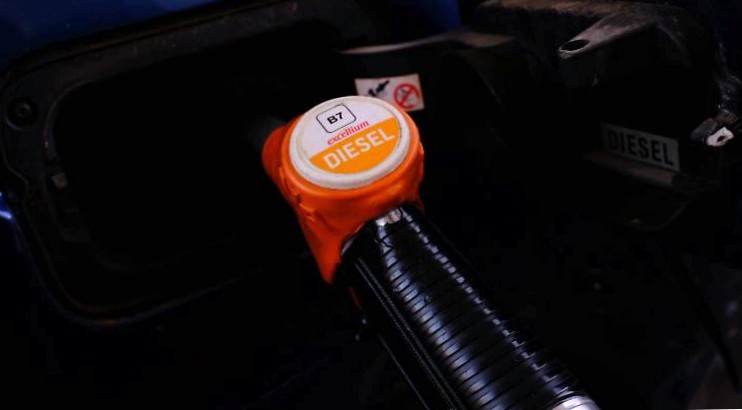 For the time being, diesel is one of the fuels that powers more than just cars. Why not make it cleaner?

The diesel is dead, long live the diesel. This, or something similar, could be the cry when people talk about the "miracle diesel" again from kaiserslautern reads. But the tenor is almost unanimous: a nonsensical technology for a deselected fuel. But is the idea really so absurd??

The issue of the "miracle diesel" car, invented by heion, a german company from siblin in schleswig-holstein, has picked up speed again in recent days. Of course, in the wake of the VW diesel scandal, the so-called "clean diesel" is also being proclaimed as the death of the compression ignition engine critically. In the reporting, the question often arises as to why it is still necessary to make such an effort in order to be able to continue operating a technology that has already been written off.

In this country, the prevailing thought seems to be that the climate will be saved by banning diesel cars.

Just two thoughts on this: firstly, climate change is not a regional problem and will certainly not be decided by only having electric cars in germany. On the other hand, there are vehicles with diesel engines that are much larger and emit more pollutants than a passenger car. This includes construction machinery as well as ocean-going ships, trucks and diesel locomotives. In the coming years, there will hardly be any fully electric solutions for these vehicles that will protect the environment and climate in the long term. In this respect, the "heion clean diesel" approach is a good idea, the process described by the company’s executives simply as "bridge technology" is seen as an entirely viable option.

According to the company’s own statements, the patented process is based on a "technology for modulating molecular structures. For the first time, gaseous and liquid starting materials are chemically changed without high pressure and the addition of heat. During production, the diesel molecules are radicalized in the first step and stabilized in the second step – similar to esterification." in short, the system developed by heion uses hydroxyl ions to optimize the entire spectrum of the diesel’s hydrocarbon chains, which should result in better combustion. The fact that a 100 percent reduction of pollutants is not possible remains of course a problem. 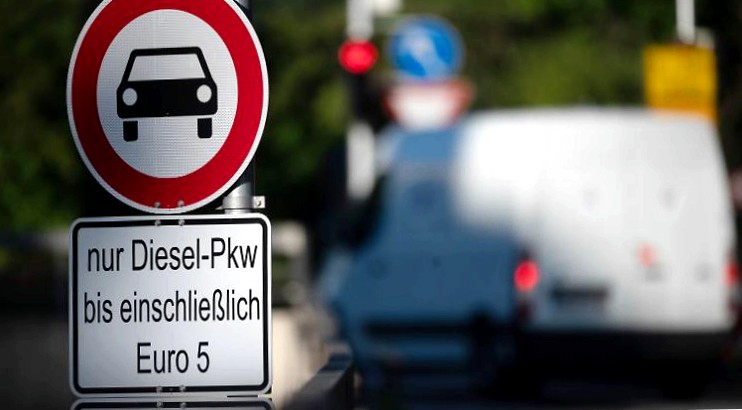 Particularly with euro 5 diesel, the pollutant values improve when the "clean diesel" is used.

By the way, the company used euro 5 diesel as the basis for measuring and reducing pollutants. A logical step, because with euro 6 the diesels – if they are not manipulated via the software – are able to achieve similar values while refueling with conventional diesel fuel. Heion promises 9 percent lower fuel consumption, 16 percent lower nitrogen oxide emissions and 10 percent lower CO2 emissions for its purified diesel in euro 5 vehicles. Whereby these values relate to urban traffic. In addition, there is a 75 percent reduction in soot particle emissions for vehicles without a soot particle filter and a 44 percent reduction in carbon monoxide emissions when the vehicle is operated outside the city. These values were determined in road operation, i.e. during the mobile emission measurement (PEMS) required by the european union since 2017.

Critics may now point out that carbon-containing fuel is nevertheless burned every time a vehicle is driven, which has no other consequence than that CO2 is produced in the process. That is correct. Especially when you talk about only 10 percent savings in urban traffic, that’s not much at first glance. Especially when the costs of the system and its production are taken into account and CO2 neutrality is also taken into account. Then you have to realize that, on balance, it doesn’t do any good. 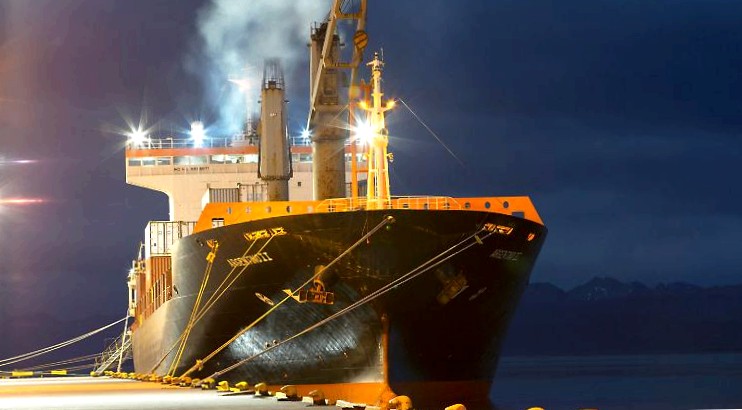 If you do the math in this way, you get the impression that a purified diesel will lead nowhere, also in view of the electrification of all passenger cars that has been proclaimed in this country. But if you broaden the horizon and look at the large diesel vehicles already mentioned at the beginning, the whole thing might make sense. Let’s take shipping as an example. Ocean-going vessels make a significant contribution to air pollution. Sulfur oxides, nitrogen oxides, fine dust and soot damage the air quality enormously. 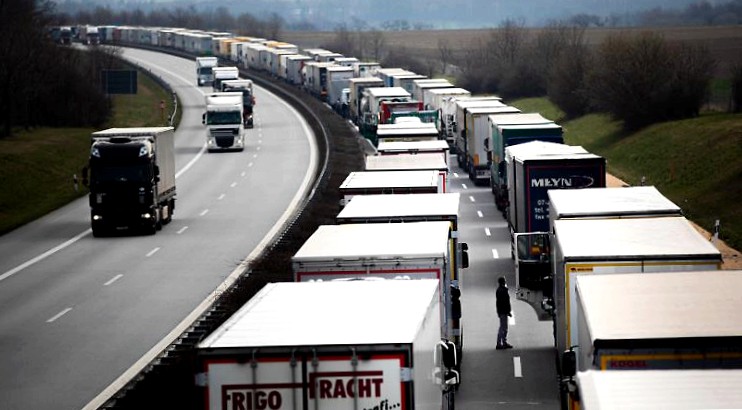 Diesel trucks will continue to exist for the time being. And their number has increased disproportionately in recent years.

The German Nature and Biodiversity Conservation Union (NABU) reports on its website that in the european union alone, 50.000 people die prematurely as a result of ship exhaust, especially soot particles. In addition, soot emissions are the second largest climate driver after carbon oxides. If we also consider that 85 percent of all ship emissions occur in the northern hemisphere, NABU believes that there is an urgent need for action by shipping companies, port operators and politicians in europe and in Germany with its large fleet of cargo ships.

And why should not the "clean diesel" be used here? to be used, promising 75 percent less soot particle emissions during combustion? The same applies to truck traffic, which increased disproportionately between 2015 and 2020. Of course, european legislation has also made plans for the reduction of emissions from trucks by 2030. But no one can say whether these will be adhered to and how things will develop after 2030. In any case, the current requirements will not be re-evaluated until 2025. So why shouldn’t the vehicles preferably run on a diesel that already reduces pollutant levels in its composition until then?? The next step would be for construction vehicles and machines, which would also be equipped with the "clean diesel could be refueled.

Other companies are also optimizing diesel 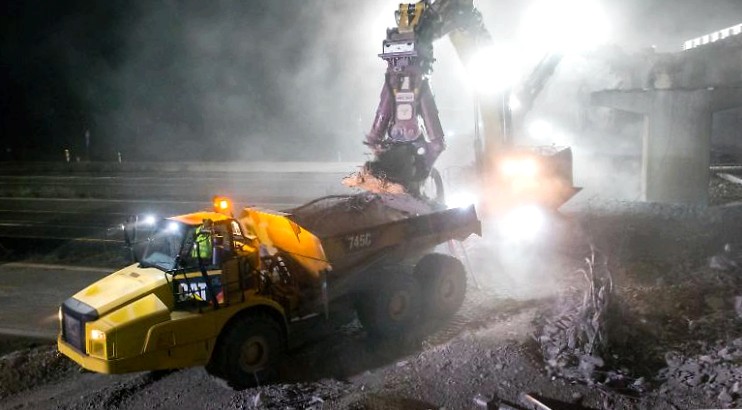 For heavy-duty equipment, it will also not be possible to do without the diesel for the time being.

If you take this idea a step further and imagine that all the large diesel engines just listed are equipped with "clean diesel", you will see that there is an urgent need for action on the part of shipping companies, port operators and politicians this could make a significant contribution to environmental and climate protection. And that the idea is not completely crazy is proven by a canadian company called dynacert, which is using a "carbon emission reduction technology" to reduce emissions wants to ensure that fewer pollutants are released into the environment when diesel fuels are burned.

As already mentioned, all of this may be laughed at or even considered nonsensical in view of the much-heralded energy revolution and the foreseeable total electrification of individual mobility. But if you step out of the european climate protection bubble and look at the picture realistically, diesel vehicles will have to continue to exist in one form or another for the time being. Of course, saving the world will require more. But why shouldn’t diesel vehicles, in the context of a global environmental and climate concept, be equipped with "clean diesel" by then? be driven? Especially since the process is already patented for 40 countries.