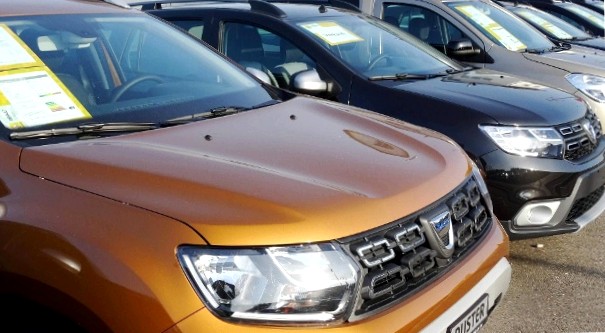 every year, around seven million used cars change hands in germany, while – in normal years – only around 3.5 million new cars are sold. On average, the cars on our roads are currently 9.8 years old. If you’re selling your car, here are a few tips to keep in mind.

Polishing up the car

Prospective buyers should not get the impression that the car has been neglected. a car wash and cleaning of the interior are therefore advisable. If you repair scratches and make cosmetic repairs, you give the buyer less of an incentive to lower the price. Correct tire pressure, oil and coolant levels contribute to a good overall impression. It is also important to have a full wiper water tank and properly functioning lighting.

Determining the value of the car

Only if everything works can a reasonable price be called up. An initial orientation as to what the car is still worth can be obtained by an internet search on large sales portals such as mobile.De or autoscout24.De. there you can search for cars that match or are similar to your model in terms of age, equipment, mileage and motorization.

Market observers such as deutsche automobil treuhand (DAT) or schwacke offer online vehicle valuations, usually for a small fee. In some cases, they take into account special equipment, but not the individual condition of the car. It is determined, for example, within the framework of an individual value appraisal.

If you sell from private to private instead of to a dealer, you will probably get more money in comparison. But patience is often needed until a buyer is found.

This makes a carefully prepared advertisement all the more important. This includes good photos that show the car best from multiple angles. Damage such as dents or scratches should be documented. Mandatory is the information about the last HU. You should generally provide interested parties with a lot of details, for example about the special equipment.

Advertisements are nowadays mostly placed online via well-known sales portals. an advertisement in the local newspaper is another possibility. Anyone offering a collector’s vehicle can place an advertisement in a special magazine or post their intention to sell via social media in suitable groups.

Presenting the car the right way

As a seller, you should not conceal past damage. expert reports provide clarity on extent. If you conceal significant defects that were demonstrably known to you, this can be considered fraudulent misrepresentation. Then the buyer can later contest and cancel the purchase contract.

the test drive: this is the right way

First of all, you should ask to see the driver’s license of the interested party. To avoid later trouble, document scratches and other external damage. play it safe with an agreement that obligates interested parties to pay for a deductible or a downgrade in the vehicle insurance if the worst comes to the worst. Corresponding sample documents are offered, for example, by the ADAC or ACE.

you should always come along for the test drive to stay in control of the situation. It is ideal if another accompanying person rides with you. Important documents such as the vehicle title as a document of ownership should be left at home, as should any spare keys. If the vehicle is deregistered, short-term license plates must be affixed to the car for the test drive. Here you can find out everything about this special.

If the parties agree, a purchase agreement is mandatory. Sample forms are available on the internet from tuv sud, for example. With the contract you document the vehicle handover cleanly.

Especially important: exclude the legal warranty. this is possible for private sales. Otherwise, like a dealer, the seller is subject to a two-year warranty – which can be expensive in the event of complaints.

you should not hand over the keys and vehicle documents until you have received the purchase price in full. It is common for the new owner to re-register the car. However, it is safer to inform the insurance company and the registration office itself that the car has been sold – preferably directly by e-mail. And it’s even safer to sell the car already deregistered.