During our research for this guide, we came across a lot of nonsense, especially when it came to data consumption in the mobile network. Seems like hardly anyone really does the work and tests for themselves. almost every internet site writes that the data consumption of mobile navigation is about 2 to 3 MB per minute should be. You can also find more exact values from 2.1 or 3.6 MB per minute, which seem to pretend a real test.
Since we all have navigated a route with google maps, apple maps or here maps, we quickly realize that such high consumption would eat up the entire data volume even for a 200km route.

We have tested it.

How much data volume is actually consumed depends on several factors. 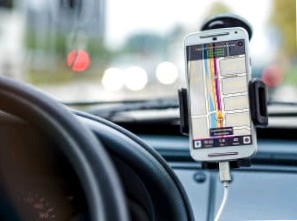 When you open the navi, it loads a little more data once, because it has to download all the necessary map and position data to determine my location and then display it. then you search for a destination, here also a little more data is loaded, because the whole search takes place on the server of the respective map provider. Once you have found the destination, the route is calculated. In this process there is again a larger data exchange between smartphone and server.
So until you even start driving and the actual navigation begins, the data is already being used about. 4-12 MB loaded. small tip: do the search and start the navigation before driving in wifi, so you save a lot of data volume in the mobile network.

The data consumption in the actual navigation mode is very low. For a combined route (highway, city and country road) it is about:

Why does apple maps consume the least?

Very simple, only apple uses vector graphics, these are much smaller than images. For zooms and new map sections you don’t have to load complete new images, but only the area you didn’t see before.

When is the data consumption the highest?

In the urban area, the consumption is the greatest, because here a lot of data must be loaded in a short time in the form of streets, street names, traffic data and pois. Thus, the data consumption in the city is eignes higher than when driving on the highway at 130km / h, in the same time interval.

In addition, the data consumption per kilometer is highest on short distances, since the start of the app and the destination search draw more data than the actual navigation here. (concerns journeys up to approx. 15km) 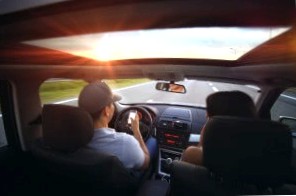 If you use z.B. Here maps in offline mode of the app or google maps with offline maps, then we move here even with a 3000km route in the range of 0 – 2MB. Because the smartphone then only accesses the offline maps and uses the data volume at most to determine the address of the destination.

Navigate with compass and map! no, there are a few other possibilities.

Use the offline map function. Here you should at least save the map area locally, where you move most often. Google still has the best maps and the most accurate and up-to-date information for destinations. With the google-offline-maps, you have a very low data consumption and nevertheless the current traffic information.

Apple maps has in the pure online navigation anyway already the nose in front, unfortunately apple offers no offline maps. You can still save a lot of data volume and battery at the same time, if you start the navigation and then press the lock button. The screen goes blank and almost no map data is downloaded. Only the necessary data for calculating the route and changing traffic data are downloaded. As soon as you get to a place on the route where navigation instructions are needed, the screen automatically turns on and you see and hear the instructions. Only now is map data loaded again. Especially on long highway sections this method is very noticeable in data consumption, because even on 1000km highway 10MB or less are consumed. In terms of navigation and map quality, apple has caught up strongly, google maps remains here but still the number 1. another advantage of apple maps is the good integration into the operating system.

For these apps there is only one tip: offline maps. Unfortunately there is no other way to save data volume. If you use the offline navigation, there is no consumption of data volume at all, unlike google and apple. If you are abroad or inland really have no MB left for navigation, then take a closer look at herewego(heremaps), it’s completely free (no in-app purchases either) and you can download the whole world. Google maps and apple maps may be the more accurate navigation solution, but herewego is steadily catching up.