Not everything always goes smoothly on the road. It can quickly happen that a driver overlooks another, does not pay proper attention when parking, or brakes too late at a traffic light. The following? Always annoying, although damage to the vehicle is far less serious than personal injuries. It is essential to react correctly in the event of an accident and to stay on top of things in the days that follow.

1. Stay calm and check the situation

In the first moment after a collision, emotions usually run high. Both the injured party and the person who caused the accident are shocked and startled by the sudden incident. It is all the more likely that the other parties involved in the accident are already arguing in the middle of the road, calling each other names and venting their frustration. However, this is not advisable, because anger and resentment usually block the view of the really important things. Those who argue may forget to secure the scene of the accident and thus endanger other road users. 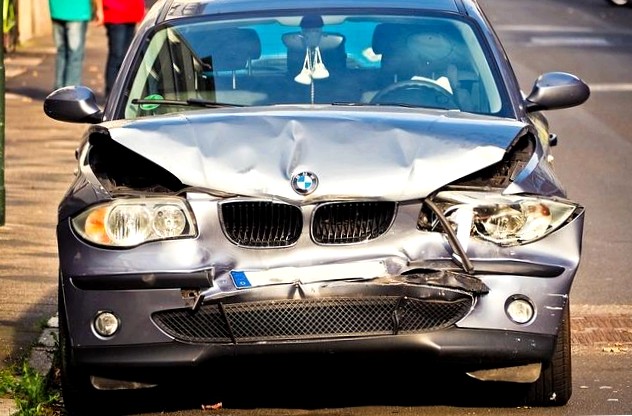 Immediately after an accident, the parties involved should therefore take a deep breath and calm down. Even if it is difficult, a more relaxed approach is sensible, because this way the situation can be overviewed. All other tasks can also be completed more quickly and easily if the injured party and the person who caused the accident work together. This may seem impossible at first, but it’s the only way to go.

Before clarifying who is to blame for the accident, the scene of the accident must be well secured. It is important that one person at a time gets out of the car, paying attention to the traffic, putting on his or her warning vest and getting an overview. The hazard warning lights should be switched on beforehand. The next step is to set up the warning triangle and use hand signals to draw the attention of other road users to the hazardous situation. Under drk.De, interested parties will find a more detailed guide to safeguarding. It is worth printing this out and keeping it in the glove compartment.

After the safety precautions have been taken, any injured persons should be treated by the first-aider. Of course, it is good if this is not necessary at all. In case of doubt, however, a regularly refreshed first-aid course proves invaluable.

If in doubt, call the police If persons were injured in an accident, the police should be called at all costs. In all other cases, the following must be weighed up. It is not always necessary to contact law enforcement. This applies when both parties agree on the fault and there is no dispute. 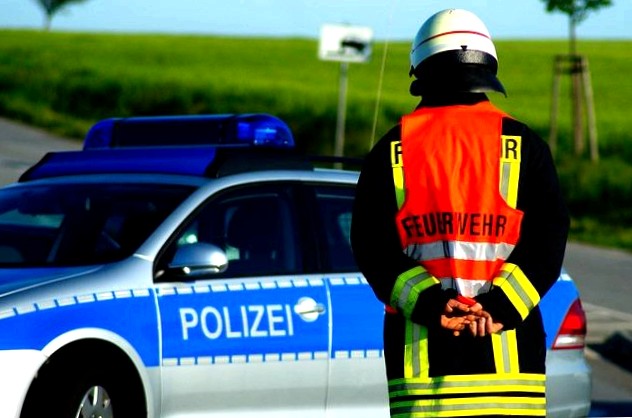 In some cases, the police, fire department and ambulance may need to be called. Rico_loeb

However, as soon as it is unclear who is primarily to blame or if one of the parties involved is intoxicated or under the influence of drugs, the police are the right people to contact. The officers will record the accident and statements, listen to any witnesses and initiate further steps. If there are injuries, the ambulance should not be called when the police arrive, but as soon as possible after the accident.

Once all the previous tasks have been completed, both parties to the accident should exchange their data. Not only the license plate number of the other party should be noted, but also the name of the injured party

The address of the owner of the vehicle,

A brief outline of the accident involvement,

Since nowadays almost every person has a smartphone with him, some photos should also be taken. In the event of a dispute, photographs of the damage, the scene of the accident and the surrounding area help to clarify the question of fault.

5. Report the accident to the insurance company

If the scene of the accident can be left later, the parties involved report the incident to their insurer. The injured party would be well advised to discuss the matter with his or her vehicle insurance company and inform them of the accident, even if the company is not required to pay compensation. The person who caused the accident is obliged to contact his insurer. This will then get in touch with the injured party and inform him about the further procedure. If not only one driver is at fault, it may be necessary to contact both insurance companies. In this case, it must be clarified which insurance company will have to pay for which damage. read also our top ten tips for car insurance.

The injured party will be informed by the other party’s insurer that they will settle the claim. Which sum then flows, however, is still unclear at this time. insurers often promise to send a partner surveyor who will take care of the inventory and the definition of the damage. However, injured parties should not make use of this option, as the settlement amount is often lower in this case. This is perfectly legal, but does not seem fair. Therefore, it is worthwhile to hire your own appraiser. A motor vehicle assessor from hamburg provides information about the exact services on his website.

Incidentally, injured parties need have no fear of having to bear the costs of the surveyor themselves. The code of civil procedure stipulates that the opposing party must also bear this cost. Even if a surveyor from the insurance company has already been on site, you can still consult your own expert afterwards.

7. Hiring a lawyer in case of problems

As a rule, minor damage does not give rise to problems with the motor vehicle insurance company. Major repairs, however, not infrequently result in the insurer refusing to pay for them. Often, the insurer then points out that the estimated manual work is not necessary. For example, if a door is dented and scratched, the insurer may suggest only partial painting and dent removal, while in reality a new door will have to be installed.