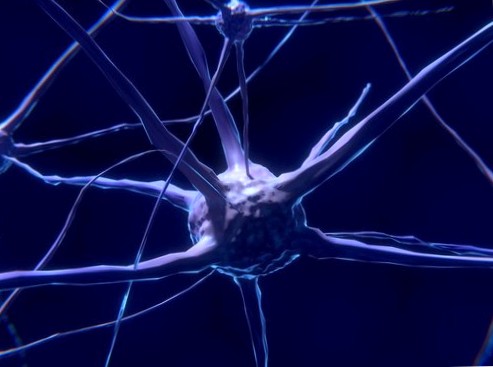 Research into small-fiber neuropathies in rheumatic diseases is still young.

Many patients with rheumatic diseases and fibromyalgia suffer from burning pain in the extremities, sensory disturbances and other problems of the autonomic nervous system, which can manifest themselves as palpitations, early feeling of satiety when eating, bladder emptying disorders or dry skin. Until now, there were only a few treatment options.

According to a recent study, one in four people with sjogren’s syndrome also has polyneuropathies. The damage is manifested, among other things, by tingling in the hands, numbness in the feet and pain. When nerves that control muscles are affected, paralysis of the arms and legs can occur. However, it is still unclear whether the small-fiber neuropathy in rheumatic diseases is based on similar, possibly inflammatory damage to the nerve fibers or whether there are disease-specific patterns of damage.

Research on small fiber neuropathies in rheumatic diseases is still young. Therefore, due to the young age of this field of research, there are no good data so far. For recommendations, physicians therefore mainly rely on experience from the field of diabetes mellitus. treatment of first choice is treatment of the underlying disease.

In rheumatic diseases, this is often an immunosuppressive or immunomodulating therapy. If this does not sufficiently alleviate the symptoms, antidepressants (e.g., amitriptyline, duloxetine, venlafaxine), epilepsy drugs (e.g., gabapentin, pregabalin and now also lacosamide) or patches (e.g., capsaicin) are used for symptomatic pain treatment. In addition to this rather specific aspect of pain in rheumatic diseases, other pains also play a role.

An overview of the different types of pain and the corresponding complaints can be found in the table below. Three causes of pain in rheumatology are discussed:

Particularly in patients with rheumatoid arthritis, these three causes cannot always be reliably distinguished in practice, but they are of great importance for therapy.

Drugs used in rheumatology that are known to cause nerve damage.

Neuropathic pain caused by polyneuropathy, i.e. damage to many nerve cells, or in particular by mononeuritis multiplex, i.e. damage to several nerve trunks of different localization, is particularly common in rheumatology. This is particularly relevant for people suffering from vasculitis, because inflammation in the vessels can also damage neighboring nerves. But also rheumatoid arthritis or sjogren’s syndrome can cause polyneuropathy. Chronic inflammatory reactions are seen as the causes, even if a precise mechanism is not known.

Often, however, pain in rheumatic diseases cannot be assigned to a specific dimension. Rather, they are composed of the interaction of individual factors, such as rheumatic disease history, psychological resources, social environment, concomitant diseases and medication. Therefore, in addition to a rheumatologist who minimizes the (inflammatory) activity of the underlying rheumatic disease, a pain therapist is often needed as well. This can be accompanied by a multimodal pain therapy consisting of pharmacological, physiotherapeutic and behavioral measures. In particular, it must be taken into account that people suffering from a rheumatic disease may also suffer from pain as an undesirable side effect of medication. An overview of the drugs frequently prescribed in rheumatology that can trigger pain can be found in the table on the right.

Author: dr. Elise siegert is an internal rheumatologist at the charite hospital in berlin specializing in rheumatology and clinical immunology.

Types of pain and their symptoms