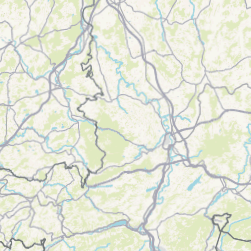 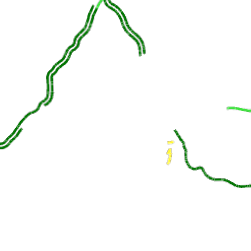 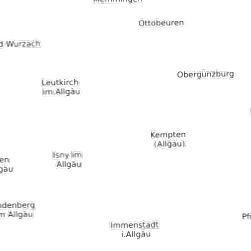 Some love them, others hate them – air conditioners. For many, stepping into a cooled store in the summer is a relief. Others complain about dry air and drafts. Some people even think they get sick from air conditioners. What is the truth of these complaints?

Really serious illnesses caused by air conditioning are very rare, but they do happen. For example, legionella infections, which have already killed people, can be caused by the exhaust air of a contaminated wet cooling system. The good news: regular hygiene inspections of the facilities can prevent such disasters.

even if it rarely gets that bad: there is a clinical picture that is related to air conditioning systems: the so-called humidifier lung, as doctor uta ochmann at the clinical center of the university of munich explains.

Germs from air conditioners can cause what is known as humidifier lung.

In poorly maintained air conditioners and humidifiers, germs can develop over time due to humidity. The pollutants are distributed in the apartment and are thus inhaled. Some people are allergic to these germs. Inflammation of the pulmonary alveoli occurs. Those affected then develop humidified lung, which manifests itself with fever, irritable cough and shortness of breath.

"on the one hand, there are acute courses of the disease. typically, symptoms such as shortness of breath, fever and a general feeling of illness occur six to eight hours after exposure. these symptoms then disappear again. But there are also chronic cases. Overall, serious, severe lung damage can always occur. The symptoms can be avoided if the air conditioning system is properly maintained."

Since the symptoms of humidifier lung do not occur immediately after contact with air conditioners or humidifiers, it is not always easy to classify them. Sometimes it is difficult to track down the allergen. That’s why it’s best to make sure air conditioners are cleaned and maintained regularly.

Air conditioning in the car: a check every two years

At the latest when the air conditioner in the car starts to smell, it should be serviced by a professional.

Even the air conditioning in your car needs a check every two years. The highly volatile refrigerant escapes through seals and pipes – up to ten percent a year. Cooling capacity then decreases rapidly, and wear increases. If you notice a musty smell in your car, you should go to the auto repair shop as soon as possible. Fungi and bacteria have settled in the evaporator or the filter is contaminated.

When outside temperatures are high .

the temperature difference between indoors and outdoors should not exceed six degrees. This means that even if it’s very hot in the summer, don’t set the air conditioner too cold. About 23 degrees is enough.

. Can the change from rooms with air conditioners that cool down too low, .

If the difference between indoor and outdoor air is too great, the circulation is unnecessarily burdened. The blood vessels constrict when it is cold and then dilate again when the heat suddenly comes on when you get out of the car. Blood pressure drops.

. Becoming too much for the health and circulation of elderly and sick people.

A scarf or light jacket can help against the cold, even in department stores or offices! In the car, turn the cold air stream away from the body, do not direct it directly onto sweaty skin, otherwise you risk catching a cold.

Always switch off the air conditioning in cars a few minutes before the end of the journey. Then no residual moisture remains, germs have no chance.

Turn off the car air conditioner three to five minutes before the end of the journey. The temperature then slowly approaches the outside temperature again, thus avoiding climatic shock. In addition, in the remaining time, the residual moisture is extracted via the normal ventilation system. Germs have no chance!

Relative humidity – 40 to 50 percent is ideal

Air conditioners not only make the air cold, they also extract moisture from it. In rooms with air conditioners, the indoor air is often drier than desired. A relative humidity of 40 to 50 percent is recommended. Humans do not have a specific organ for sensing humidity, but they do feel the unpleasant effects of dry air, such as electrostatic charge or increased dust concentration.

Especially in airplanes, many people complain about dry air. There, the relative humidity is often only ten to fifteen percent.

If possible, also turn off air conditioning in between times and open the windows.

In pharmacies there are special nose ointments for the nasal mucous membranes. It is also advisable to apply lotion to the face, neck, decollete and underarms. Because the skin dries out quickly, especially in places where it is tender or uncovered. If possible, you can also open the windows and turn off the air conditioning!