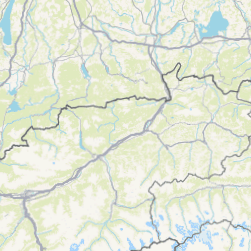 For a long time, an automatic transmission offered more driving comfort, but consumed more fuel. However, the technology has improved and that’s why the BAYERN 1 environment commissioner wants to know which transmission is more fuel-efficient.

The first automatic transmission went into series production in the USA at the end of the 1930s. in germany, an automatic transmission with a three-speed planetary gear set was not available until the early 1950s. The advantage for the lazy driver was more important than driving efficiency. The classic converter in particular has swallowed up a lot of energy, resulting in high friction losses. In the further development, the goal was to make the gears run smoothly into each other. The transmission was designed to allow a wider range of gears, bringing the vehicle closer to the optimum revs for efficiency and dynamics.

Automatic only from mid-range

This technology and the driving comfort had and still have their price, so that automatic cars were mostly to be found in the upper middle class and above. But it also had to do with the fact that these transmissions were not easy to install in the compact class. This changed fundamentally with the introduction of the direct shift gearbox (DSG) more than ten years ago. These double-clutch transmissions still shift a little more roughly than a modern stepped automatic. But they are easier to fit in compact cars because of their smaller size.

Manual transmissions still have the better efficiency because fewer parts have to be moved. And they consume less energy. Karsten graf from the ADAC technical center in landsberg explains that automatic transmissions have evolved enormously.

Nowadays, anyone who wants to do without a manual transmission has several options for making the switch. In addition to the classic torque converter automatic, there are now, depending on the manufacturer and model, so-called dual-clutch transmissions with automatic function, automated manual transmissions or continuously variable CVT transmissions on offer. The manufacturers also claim that individual systems have now reached the technical stage where the EU standard consumption is no longer higher than with the corresponding handshift version.